Showing posts from 2018
Show all

September 21, 2018
I rarely blog any more. Too busy with other things, I guess. But something caught me this week and here I am.

A friend posted an article from Slate Magazine about the striking differences in reactions to the horrific murders of Celia Barquin Arozamena, the Iowa State golfer and Mollie Tibbetts, a sophomore from the University of Iowa. I ran across another in the Chicago Tribune.

Today, I caught a short interview from CNN in which a reporter was asking some Florida women what they think of the sexual assault accusations leveled against Judge Brett Kavanaugh. They questioned why Dr. Ford would wait so long before sharing her story, etc. Just shy of a minute into the video, Gina Sosa said something that grabbed me in a way that nothing has for quite a while.

It Works Every Time 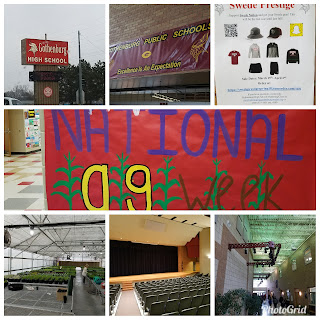 I've said it for years. When I'm busy, behind, frustrated or increasingly concerned about the state of the world (which happens a lot), I have to get out; out of my office and into schools, that is. So last week, I spent part of the quiet period for the University of Nebraska-Lincoln spring break on the road visiting educational leaders in Western Nebraska. And is the case every single time I head out, I came back reenergized, renewed, and reassured about the future. I entitled this round the #NebraskaEDADSpringBreakTour so I could share my travels and learning via Twitter.

In Gothenburg, I met with the leadership team of the Gothenburg Public Schools. I heard about the way their teachers have embraced learning communities, the number of students engaged in Future Farmers of America, the donated greenhouse that's operated by students who develop business plans, apply for loans, and reinvest the profits. I heard from Superintendent Dr. Michael Teahon, who earned his doctora…
4 comments
Read more
More posts